Posted on July 6, 2012 by robertlentzartwork 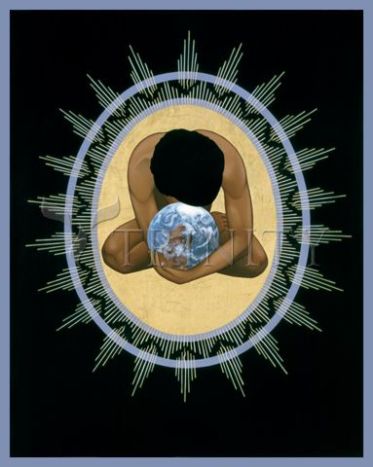 “…have no fear of human sin. Love people, even in their sin, for that is the semblance of Divine Love and is the highest love on earth. Love all of God’s creation. The whole and every grain of sand of it. Love every leaf, every ray of God’s light. Love the animals, love the plants, love everything. If you love everything, you will perceive the divine mystery in things. Once you perceive it, you will begin to comprehend it better every day. And you will come at last to love the whole world with an all-embracing love.”
(Fyodor Dostoyevsky, The Brothers Karamazov)

A Mandala is a symbolic representation of the Universe or a part of the Universe. A Mandala must also be seen as complete within itself for every part is holographic and expresses the whole. Since ancient times it has been recognized that words alone can not completely describe the vibrational essence of a particular deity. Generally a Mandala is a picture that describes the universe, or a part of the Universe, but it can also be a set of statues (like at Toji), a temple complex (like Koyasan or Borabadur, in Java) or any three dimensional representation. In Shingon traditionally there are two Mandalas that were brought back from China to Japan by Kobo Daishi. These represent the two lineages that combined to form Shingon. In India Mandala means a perfect circle. In the Indian tradition a circular altar was formed that become the place for invoking the spirit of the deity or deities during ritual ceremonies.

In Sanskrit Maha-Mandala means the Great Mandala. The Great Mandala expresses the entire universe in which, viewed broadly, human beings and all living things maintain harmony and interdependence with each other. It includes all of the other Mandalas.

Samaya is a Sanskrit word that means vow. The buddhas and bodhisattvas express their respective vows through their hands by forming mudras, or holding lotus blossoms, swords or other objects. The mudrås and handheld objects capture and express the essence that is hidden within that vow.

Dharma, in Sanskrit, means teaching or transmission. The methods for transmitting the mind of the Buddha to people are the sutras, Sanskrit words, and the names of the buddhas. The essence of the teaching is contained in bîja or seed mantras. Generally speaking, this refers to language, words, and written texts.

These four Mandalas depict the entire universe of the life force of the Buddha, but since we cannot easily understand them, the theory of these four Mandalas have been drawn as iconographic figures of the buddhas on two Mandalas, the Vajradhatu Mandala and the Garbhakosa Mandala, which Kobo Daishi received from his master Hui-kuo. The term Mandala usually refers to these two.

Fyodor Mikhailovich Dostoevsky (1821-1881) was a Russian author of such famous works as Crime and Punishment and the Grand Inquisitor segment in The Brothers Karamazov, and often called one of the founders of existentialism. Dostoevsky is widely regarded as one of the greatest Russian authors of all time.

Born on October 30, 1821 to parents Mikhail and Maria, Fyodor Mikhailovich Dostoevsky was the second of seven children. Fyodor’s mother died of an illness in 1837. Fyodor and his brother Michael were sent to the Military Engineering Academy at Petersburg shortly after their mother’s death, though these plans had begun even before she became ill. It was not long before his father, an army surgeon, also died, in 1839. While not known for certain, it is believed that Mikhail Dostoevsky was murdered by his own serfs, who reportedly became enraged during one of Mikhail’s drunken fits of violence, restrained him, and poured vodka into his mouth until he drowned.

Dostoevsky was arrested and imprisoned in 1849 for engaging in revolutionary activity against Czar Nicholas I. After a mock execution in which he faced a staged firing squad, Dostoevsky was pardoned, and his sentence commuted to a number of years of exile performing hard labor at a prison camp in Siberia. His sentence was completed in 1854, at which point he enrolled in the Siberian Regiment. This was a turning point in the author’s life. Dostoevsky abandoned his earlier radical sentiments and became deeply conservative and extremely religious. He began an affair with Maria Dmitrineva Isaeva, the wife of an acquaintance in Siberia, whom he later married. Little more is known of the circumstances of their relationship.

In 1860, he returned to St. Petersburg, where he ran a series of unsuccessful literary journals with his older brother Mikhail. Dostoevsky was devastated by his wife’s death in 1864, followed shortly thereafter by his brother’s death. He was financially crippled by business debts, and sunk into a deep depression, frequenting gambling parlors and blithely accumulating massive losses at the tables. To escape creditors in St. Petersburg, Dostoevsky traveled to Europe. Here, he attempted to rekindle a love affair with Apollinaria (Pollina) Suslova, a young university student with whom he had had an affair several years prior, but she refused his marriage proposal. Dostoevsky was heartbroken, but soon met Anna Snitkin, a 19 year old stenographer whom he married in 1867. This period resulted in the writing of his greatest books. These include:

“Man is tormented by no greater anxiety than to find someone quickly to whom he can hand over that great gift of freedom with which the ill-fated creature is born.”

Excerpts from “The Brothers Karamazov”, by Fyodor Dostoyevsky